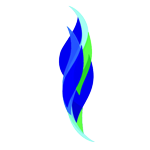 Established on August 13, 1996, China-Mekong Law Center (“CMLC”) is a 501(c)(3) non-profit corporation organized under the laws of the District of Columbia, USA.  CMLC carries out its mission with a focus on 1) assisting scholars and students from Asia studying in the U.S. and within Asia, 2) facilitating legal research on problems impacting reform of Asian legal systems and 3) improving learning opportunities in legal education in China and the countries of the Greater Mekong Subregion (Cambodia, Laos, Myanmar, Thailand and Vietnam).

Slow And Steady Wins The Race

For most of our history, CMLC has remained small, performing a supporting role for projects carried out by bigger, better-resourced institutions.  Our traditional role has been to quietly foster connections between and among scholars and educational institutions; to add financial and human resource support to both U.S. and Asian law schools for existing or developing programs, including program design; and to facilitate research and the establishment of Research Centers at select law schools.  This includes conducting our own research, sponsoring researchers and interns at our U.S. headquarters, or facilitating research visits of Asian legal scholars to U.S. law schools.  We continue to perform this important work regionally for Asian law schools today, and readily serve as a resource for Asian scholars and students looking for research and study opportunities elsewhere in Asia (or in the U.S.). The network of individuals and schools that have benefited from our free services is now rather large, positioning CMLC as a trusted institution in the advancement of innovative legal education in developing Asia.  After nearly 25 years of engagement, CMLC increasingly feels confident to move from its traditional support role towards more direct implementation of larger legal education and research projects.  Nonetheless, what institution leads or hosts an educational initiative matters less than making sure the initiative succeeds.  CMLC will play whatever role best serves program success.

With the chill in U.S.-China academic cooperation, the devastating effects of the military coup in Myanmar, and detours engendered by the pandemic, CMLC sadly must expand this “Our History” page to reflect past projects either suspended or shelved.  To compensate, CMLC is now focused on building less broadly but more deeply through our institutional partnership with the Faculty of Interdisciplinary Studies, Khon Kaen University, Nongkhai Campus (KKU), particularly our efforts to establish a new M.A. Degree Program in Mekong Region Law and Development  at KKU.  Below are the successes (some halted by geopolitics) that got CMLC to where it is today.

Past CMLC Activities and Supporting Roles

Administrative Law in Myanmar:  Prior to the pandemic, CMLC was instrumental in facilitating a partnership between Khon Kaen University (Thailand) and Yadanabon University (Myanmar) to establish a Research Center for Administrative Law and Public Procurement Studies in Mandalay, Myanmar.  Indeed, by 2019, the nascent Center had been approved by the Myanmar Ministry of Education, had dedicated office space at the Yadanabon University campus (with academic materials, furniture and computers purchased by CMLC), and was ready to start operations.  Moreover, CMLC provided full scholarships to two Myanmar graduate law students to research administrative law at Khon Kaen University and then return to Myanmar to staff the new Center. More here.

The military coup in Myanmar put a stop to this important initiative.  Lost now is the opportunity to not only train a new generation of academics in important fields of public law, but also promote Myanmar’s adoption of modern administrative law as one means towards responsive governance.

Many individuals on the Myanmar side of this endeavor are now part of the Civil Disobedience Movement, forced to sacrifice their careers in order to avoid benefitting Myanmar’s military government.  CMLC prays that civilian rule is returned to Myanmar soon, primarily to return peace to the country and allow our colleagues to safely return to their professional endeavors, but also in the hope that CMLC’s Administrative Law in Myanmar initiative, and the defunct Center for Administrative Law and Public Procurement Studies, can be revived.  For now, all CMLC can do is help a small number of Myanmar graduate-level law students restart their interrupted legal studies by providing scholarships to attend the LL.M Degree Program at Khon Kaen University in Thailand.

Public Procurement Law in China:  CMLC, and it’s President Daniel J. Mitterhoff, were early pioneers in legal education related to the study of public procurement in China.  Fortuitously, Mr. Mitterhoff began his shift from the practice of government procurement law to immersion in the study of Chinese Law (specifically China’s practice of administrative law) simultaneous with Chinese reforms to the nation’s public purchasing system.  This speedily led to Mr. Mitterhoff serving as an advisor to China’s National People’s Congress, Financial and Economic Committee on the drafting of China’s 2002 Government Procurement Law (effective 2003).  Soon after passage of the law, Mr. Mitterhoff launched China’s first bilingual course on Comparative Government Procurement Law at Beijing University Law School, a course he taught in China at various Chinese law schools for over 15 years.

In 2003, through grant funding provided by the U.S.-China Legal Cooperation Fund, China-Mekong Law Center partnered with Beijing University Law School to collect judicial rulings related to bid protests and other government procurement law disputes, all with the goal of improving and expanding the content of the innovative bilingual course on Comparative Government Procurement Law. Back then, CMLC had to fund students returning to their home town on holidays to engage lawyers and the local courts to physically collect copies of judicial rulings and opinions.  This case collection process lasted for many years, thankfully shifting from manual collection to electronic searches,  greatly enhancing course quality and the course’s comparative methodology.  Some Chinese cases were eventually translated into English, when the Comparative Government Procurement Law course became part of University of Maryland’s Carey School of Law ABA Approved Cooperative Program in Beijing (see below).

CMLC’s prowess in Chinese government procurement law gave rise to the establishment of a Public Procurement Law Research Center at the Law School of Central University of Finance and Economics in Beijing (CMLC’s primary institutional partner from 2005-2013).  CMLC President Daniel J. Mitterhoff’s modest scholarly achievements (namely his smattering of articles) also largely revolve around public procurement law in Asia.  His experience/expertise in government procurement reform later translated to working in both Thailand and Myanmar (in the latter for The World Bank) advising government departments on improvements in public purchasing regulations, rules and methods.

CMLC’s most high-profile and impactful supporting role involves bringing together University of Maryland Carey School of Law–Baltimore (“Md-Law”) and the Law School of the Central University of Finance and Economics–Beijing (“CUFE Law”) into a partnership that created one of the most innovative international learning environments in Asia.  CMLC President Daniel J. Mitterhoff (then employed by both CUFE Law and Md-Law) envisioned, designed and implemented an autumn semester worth of Chinese Law and International Business Law courses that were jointly attended by Chinese, US and other country law students in Beijing.   This was followed by the study cohort being together for another semester of law courses in Baltimore (or at other partner schools) in the spring semester.  Hence, the Program devised a year-long collaboration among the students, one semester in Beijing and one semester in Baltimore.

This unique Beijing semester program was awarded status as an American Bar Association approved Cooperative Program in 2011.  Md-Law’s generosity in supporting this Program was impressive. Nonetheless, CMLC played an important role in filling budget gaps where necessary.  Moreover, CMLC assisted and advised numerous Chinese students who participated in this Program (and many that did not) in later pursuing LL.M. Degrees at U.S. and European law schools.

CMLC is proud at the group of alum who benefited from this Program and who still stay in touch with colleagues.  One such student even serves on the Board of Directors of CMLC.  The Associate Dean of the University of Missouri Kansas City School of Law praised the Program as “outstanding” and “the best cross-cultural, transnational legal education program that [he has] seen.”